You are not connected. Please login or register

Screenshot of your UI:

List the days you are raid available (Sun-Thurs 8-12pm EST):

What add-ons do you rely on most?

DBM and Tell me when

What resources do you use to keep up to date on how to play your class?

Icy-veins and its forums + talking to other top end warriors.

What previous raid experience do you have?

What guilds have you been a member of and why are you leaving?

The Derps - Shu' Halo | I left due to lack of progression/care about progression, it was a very casual 10man guild. Lots of afk players or people not showing up at all, very inefficient raid environment. I kept my shaman with them until the group eventually died out.

Legacy of Khan - Mannoroth | A lot better than The Derps, fairly efficient while maintaining a casual attitude, people actually showed up, no raid days were canceled. But the lack of progression due to the leadership not pushing the group forwards and not taking suggestions seriously ended up causing me to really not enjoy the time I spent with them.

Why do you want to join Shade of Arrows (Be thorough with your answer)?

I'm really looking for a group that will be efficient and progression minded. No BS no drama, just killing bosses efficiently and having a good time. I really just want to finish out the content before it gets Nerfed to the ground and have a stable group to raid with in the next expansion.

WoW guild recruitment forum, response to the post I made.

Are you competitive by nature? If so, who do you compete against (Yourself or others? Specifiy other)?

Tell us about yourself to help us determine if you would be a good fit here (The more you put here, the better it looks):

My name is Michael and I started playing WoW in MoP, got my first character Mikbar to 90 right as ToT released and was immediately hooked on raiding by LFR, but LFR was wayyy to easy and I really wanted a challenge so I started looking for groups running normals and got pugged a few times, then was eventually picked up by the derps. I raided SoO with the derps for a little while but the progression on normal was taking way too long because it was such a casual group, so I left when I was accepted into Decimation > merged into LoK for 25man and got to 9/14H with them. I eventually left because of the slow progression caused by leadership not pushing hard enough to get the group moving (wiping on spoils, missing it by 4 points and then spending an extra 20minutes past raid to clear it on normal and then kill thok normal instead of pushing for a couple more tries. Since I left LoK I pugged with a 10man to get the Heroic Paragons and 60+ wipes on Heroic Garrosh and then with a guild on burning blade for a 12/14H 25man run. I haven't been playing the game for very long as you can see, but I feel I have accomplished a lot for the time I have played and plan to continue improving my skills. Outside of WoW I like to build computers and I collect firearms and target shoot every once in a while. 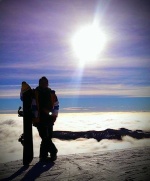 "Icy-veins and its forums + talking to other top end warriors."

Who? Litt, nothing and nobody?

Hello Mik,
Looked over your logs and don't see any obvious issues. Your survivability seemed alright. It did look like you could work a bit on maxing use of your rage generation abilities, but it's hard to tell because advanced combat logging wasn't on so can't see your resource generation/use. It looks like you've done well for yourself for not having played long.

Based on your experience and logs, I'd like to offer you a trial. If you choose to accept, we're gonna be raiding tonight at 8 eastern/server time. I hope to see you there.
Mikbar

Unfortunately, my graphics card is in the process of failing on me and has become unstable so im purchasing a new one tonight. If the offer still stands for next week. I would gladly join you for a trial.
Mikbar

So after looking over your logs for this week you've improved on pretty much all of my major concerns considering your buff uptimes. Still have a few minor things to work on but hopefully you'll keep improving at your current rate. So Trial passed. Welcome to Shade!
Cobane

This is EXACTLY what I expect and want from a trial. Initiative at self-improvement and executing better after a review.
_________________
If you ladies leave my island, if you survive recruit training, you will be a weapon. You will be a minister of death praying for war.

This is EXACTLY what I expect and want from a trial. Initiative at self-improvement and executing better after a review.

shut up, butt stallion. lets go out for a rip.
savedya

Mikbar wrote:
shut up, butt stallion. lets go out for a rip.

Are you cheating on me, or taking initiative?
Sponsored content